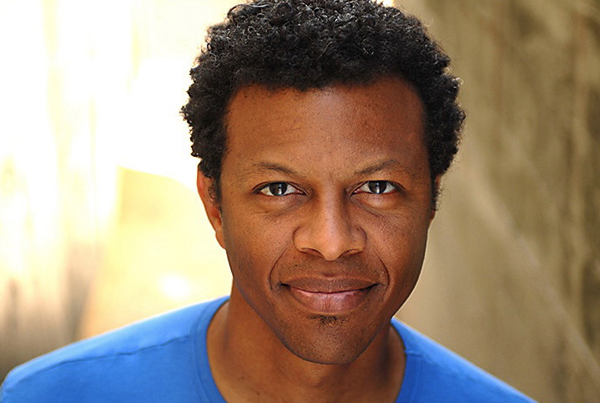 Actor/comedian Phil LaMarr is best known as a cast member of Fox’s “Mad TV” and as the guy who got his brains blown out in Pulp Fiction.

A native of Los Angeles, Phil was a member of The Groundlings, the award-winning sketch and improv comedy group. In addition, he has studied improv at Second City and at the ImprovOlympic in Chicago with Del Close. Phil has also improvised with Cold Tofu, Off the Wall, and the Purple Crayon of Yale University of which he was a founding member.

His stage credits include: The Tempest, As You Like It, Guys and Dolls, Asylum at The Actors Gang, and South Coast Repertory’s Make the Break and Sacred Fools Theatre’s inaugural production of The Fatty Arbuckle Spookhouse Revue.

Phil has had a good time doing voices for video games as well. He can be heard on such projects as Metal Gear Solid 4, DOOM 3, Jak 3, Mercenaries 2, Men of Valor, Darksiders, Rage, INFAMOUS 2, and Dead Island.

On the big screen, LaMarr has also appeared in the comedies Step Brothers, Kill the Man, Free Enterprise, Cherish, and Manna from Heaven. As well as Speaking of Sex with Bill Murray and Catherine O’Hara and Rodney Dangerfield’s Back by Midnight. Phil also played the lead role in director Tim Russ’ A Night at the Bijou, had a supporting role in Quid Pro Quo, a 2008 Sundance Film Festival selection in the Spectrum category and a cameo in Spider-Man 2.

Recently, Phil took on the role of “Cowboy Curtis” in The Pee-Wee Herman Show both on Broadway and in the Emmy-nominated HBO special and appeared in the Dreamworks feature Real Steel with Hugh Jackman