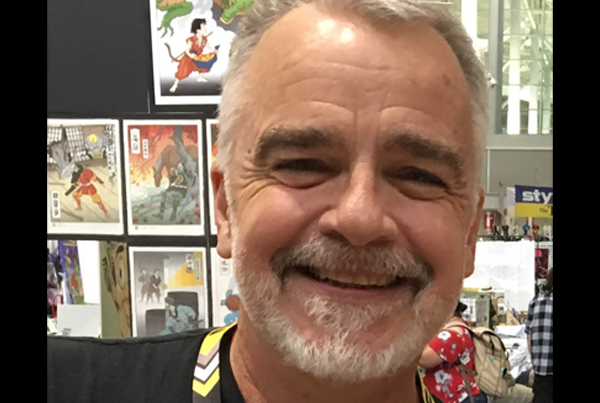 Howard Mackie was dragged kicking and screaming into writing his first comic book(Iron Man #211) a few years ago and has been working in comic book publishing ever since. Chronicling the adventures of GHOST RIDER, SPIDER-MAN, THE X-MEN, X-FACTOR, GAMBIT, WOLVERINE, BATMAN, and countless other characters for Marvel, DC, and Archie Comics. Currently, Mackie is working for Zenescope Entertainment on projects like JASMINE: CROWN OF KINGS and ROBYN HOOD: OUTLAW! He also has several soon to be revealed creator-owned projects in the works and a top-secret project in development for Marvel Comics. Mackie also takes on writing commissions(haven’t you always wanted to have an original comic book script page written for you?) and can be contacted at Howard Mackie-Writer on FaceBook.

Howard Mackie Autograph and Photo Policies & Prices All prices are tentative and subject to change. Guests may change prices up to and at the convention.
Comic Con Honolulu will be back August 7-9, 2020! Follow us on FB for the latest updates!