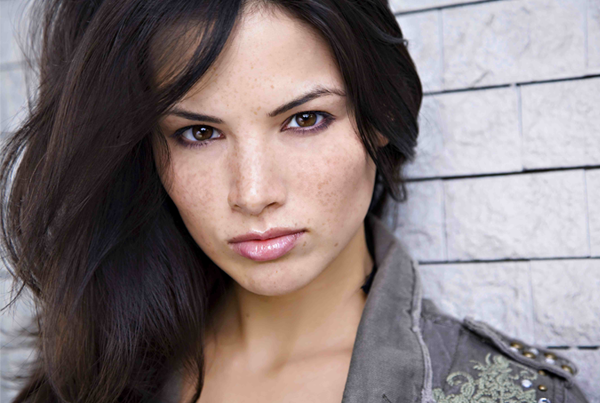 From a former slave turned fighter supporting Spartacus during his uprising, to the daughter of the notorious leader of The League of Assassins, Katrina Law has brought to life some of the strongest and complex female characters on screen today. In 2017 Katrina can be seen co-starring opposite Bill Paxton on CBS’ brand new series “Training Day,” a present-day reimagining of Antoine Fuqua’s acclaimed 2001 feature film. Set 15 years after the film left off, the series centers on an idealistic young African-American police officer and his partner, a seasoned, morally ambiguous detective.

Katrina shines as Detective Rebecca Lee, a LAPD officer with the Special Investigations Section who was rescued from human traffickers by detective Frank Rouke (Paxton) when she was four years old.

Aside from “Training Day,” Katrina was most recently seen as ‘Nyssa Al Ghul’ on the CW’s hit action-adventure series “Arrow.” Introduced in season two, Katrina’s character instantly became a fan favorite. Katrina may be best known however, for her starring role as “Mira” on the critically acclaimed STARZ series “Spartacus: Blood and Sand” [2010] and “Spartacus: Vengeance” [2012].

Born in Philadelphia and raised in South Jersey, Katrina grew up with a Catholic father of German and Italian decent who served in the US Armed Forces, and a Taiwanese Buddhist mother. The diversity presented to her at such a young age would teach her to keep an open mind and an open heart on all matters. Additionally, Katrina was enthralled with all things pertaining to the arts, and excelled in dance and theatre. She attended The Richard Stockton College of New Jersey, where she received a B.A. in Theater. Katrina stayed in theater for several years honing her skills, and even received two Irene Ryan A.C.T.F. nominations for her work as “Olivia” in Twelfth Night (Stockton Theater Fest) and as the “Bride” in Blood Wedding (Stockton Theater Fest.)

In 2001 Katrina landed her first television role on the NBC series “Third Watch,” and continued to build her resume by securing roles in notable television series including “CSI: Miami” (CBS), “Legend of the Seeker” (ABC), and “Chuck” (NBC). She also starred in the web series “The Resistance,” which was picked up by Sam Raimi’s Ghost House Pictures and Starz Media, and went on to air on SyFy, iTunes, Xbox Live, The PlayStation Network, and Dailymotion. The pilot was the first time a series created originally for the web, premiered on television.

On the film front Katrina recently starred in the Hallmark Original Movie, “Twelve Gifts of Christmas.” She also starred in the Hallmark Original Movie “Snow Bride” where she played the lead character, ‘Greta Kaine,’ an entertainment tabloid reporter whose job is to expose the rich and famous. “Snow Bride” premiered in 2013 and was the second highest rated Original Hallmark Movie of all time.

Katrina has appeared in both supporting and lead roles in independent films such as LUCKY NUMBERS, EMMETT’S MARK, THE LEARNING CURVE, and DEATH VALLEY, to name a few.

Katrina Law Autograph and Photo Policies & Prices Combo Autograph + Selfie $60. All prices are tentative and subject to change. Guests may change prices up to and at the convention.
Comic Con Honolulu will be back August 7-9, 2020! Follow us on FB for the latest updates!