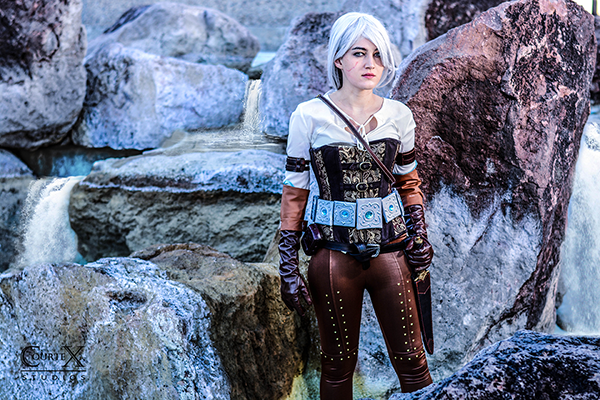 Leah Rose is an American cosplay model, costumer, and fangirl. A typical “nerd” from the beginning, she began her obsession with playing dress-up as a small child with the help of a supportive and creative mother and grandmother, who also helped develop a lifelong reverence for Jean Luc Picard.

Leah’s first large convention was Anime Expo 2005, where she learned what she had been doing for years had a name and a subculture, and she was instantly hooked for life. She began gaining notoriety with her fun costumes and passion for the source material, and with her type A personality and enthusiasm began booking work as a professional in 2009. Since then, she has completed somewhere in the neighborhood of 80 costumes.

Hailing from Arizona but with current residence in Hawaii, Leah attends approximately a dozen conventions a year wearing various hats. She has worked and cosplayed for Wargaming.net. Game of Thrones, Aspen Comics (Fathom), Billy Tucci (Shi), Steven Gordon (Xmen: Evolution), and she has been featured on sites such as Ilovenerdgirls.com, the Chive, and Refinery 29 along with dozens of interviews where she tries to share the fun and passion that cosplay brings. She is passionate about focusing on fun, acceptance, equality, while still being honest, responsible, and sustainable, and she prides herself on finding inexpensive ways to create.

Leah holds degrees in design and advertising/PR and works in community management, and adores becoming a mermaid and Disney princess for events when she isn’t playing at a convention. She is also a promotional and catalog model, booking non-cosplay since 2006. She adores charity work and can often be found helping Make-A- Wish, hospitals, foster care programs, and Tracie’s Tooth Fairy.