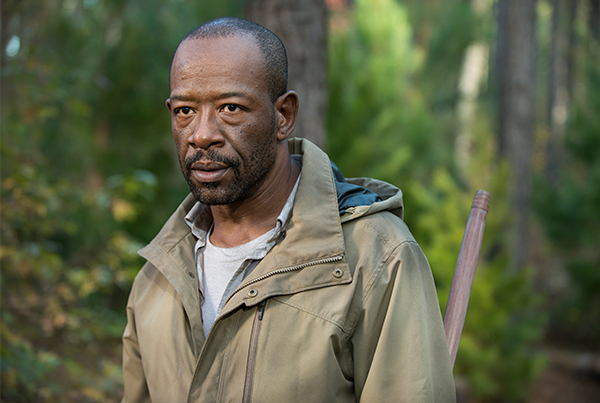 Born in Nottingham and raised in South London, Lennie James trained at the Guildhall School of Music & Drama. His many theatre credits include; Etta Jenks opposite Miranda Richardson and Roy Williams’ Fallout at The Royal Court, August Wilson’s Ma Rainey’s Black Bottom and The Coup with Norman Beaton at The National Theatre, The Young Vic’s production of ‘A Raisin In The Sun’ and the eponymous hero in the Tricycle’s production of Macbeth.

Lennie has had a rich and varied television career on both sides of the Atlantic, including Civvies and Comics by Lynda La Plante, Undercover Heart, Out Of The Blue, the award winning Buried (BAFTA) and Storm Damage (RTS), the critically acclaimed Run for C4 and Jed Mercurio’s Line Of Duty for BBC2. He will next be seen in the UK series Critical for Sky TV.

In the US he has been praised for his performances in CBS’ history making series Jericho, HBO’s Hung, AMC’s Low Winter Sun, The Walking Dead and Fear the Walking Dead.

Lennie’s many notable film credits include; Sol in Guy Ritchie’s Snatch, starring Brad Pitt and Benicio Del Toro, Sahara alongside Matthew McConaughey and Penelope Cruz, Michael Winterbottom’s 24 Hour Party People, Nick Love’s Outlaw with Bob Hoskins, The Next Three Days with Russell Crowe, Luc Besson’s Colombiana with Zoe Saldana and Lockout opposite Guy Pearce. He most recently starred in the modern day western Swelter and in Tate Taylor’s James Brown biopic Get On Up, opposite Viola Davis and Chadwick Boseman, and Blade Runner 2049 with Harrison Ford and Ryan Gosling.