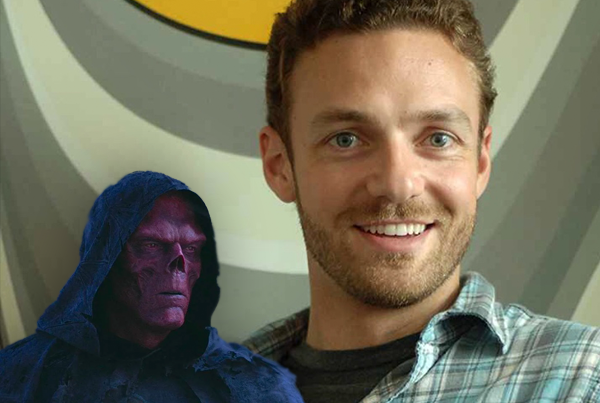 Ross Marquand is an American actor native to Denver. Upon receiving his BFA in Theatre from the University of Colorado he moved to Los Angeles and quickly garnered attention in various film and television projects.

After portraying the late Paul Newman on “Mad Men,” Marquand went on to land perhaps his best known role, Aaron, on “The Walking Dead.” Following this came notable credits on “The Mindy Project,” “The Last Tycoon,” and “Brockmire.

Most recently, Ross Marquand can be seen in Avengers: Infinity War and Avengers: End Game as Red Skull Guardian of the Soul Stone.

Also an accomplished voice actor, Ross has lent his unique vocal talents to projects like “Robot Chicken,” “Family Guy,” and “American Dad.” He is known for impersonating a plethora of celebrities including Harrison Ford, Brad Pitt, Matthew McConaughey and over 50 others.

Ross Marquand Autograph and Photo Policies & Prices All prices are tentative and subject to change. Guests may change prices up to and at the convention.
Comic Con Honolulu will be back in 2022. Follow us on FB for the latest updates!