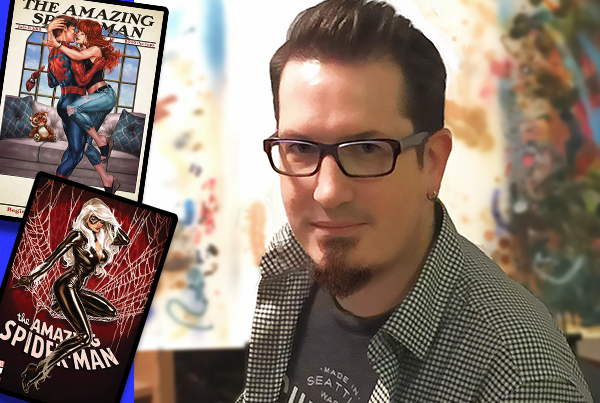 Starting in 2017, Sideshow Collectibles began producing a Mark Brooks signature series of high-end collectible statues featuring the most prominent characters in the Spider-man universe including Spider-man himself, Spider Gwen and more.

Previously, Mark completed popular runs as the cover artist for Avengers: No Surrender, Deadpool, Ant Man, Fearless Defenders and X-Men Legacy. Past interior work includes Wolverine and the X-Men: Alpha & Omega miniseries, the critically acclaimed Uncanny X-Force, Thor, Avengers & X-Men: Consequences, Amazing Spider-man, Young Avengers and many more. His work can also be found on various other projects for video games and toy packaging for such companies as Hasbro, Lucasfilm, Disney, Capcom and Sega on properties including Transformers, Robotech, and Street Fighter.

For more information on Mark’s work, please follow him on:

Mark Brooks Autograph and Photo Policies & Prices All prices are tentative and subject to change. Guests may change prices up to and at the convention.
Comic Con Honolulu will be back August 7-9, 2020! Follow us on FB for the latest updates!